Middle East: Censorship on the rise with boom in "new media" 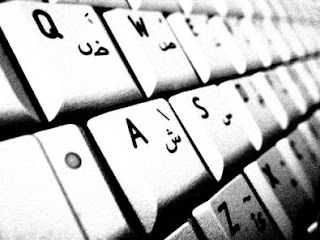 This article was first published in the January 2011 issue of The Middle East (London)
As internet use grows in the Arab world, long-established news providers such as TV channels and print publications are feeling the impact.
Although television is still the dominant medium of entertainment, younger viewers are spending more time online, while the gradual growth of video-on-demand is challenging the concept of traditional linear broadcasting. And many newspapers are closing or switching to online publication.
Young people below the age of 35, who comprise over 65% of the Arab population, are driving these changes in media consumption patterns.
The ever-increasing popularity of social networking sites and blogs in the Arab world, especially among younger people, has been accompanied by a rise in official censorship across the region. Some of these sites, as well as mobile communication devices such as the BlackBerry, have become the latest targets of governments seeking to control messages and data sent abroad.
Arab youth keen consumers of online media
Internet use in the Middle East and North Africa (MENA) in the last 10 years has grown faster than anywhere else, even though online content in Arabic is only about 1% of world totals, while Arabic speakers make up about 7% of the global population.
According to the Internet World Stats website, in July 2010 there were 63.2 million internet users in 14 Middle East countries, including Iran and Israel but not Turkey. Although this represents 29.8% of the region's population, it is a mere 3.3% of the global online total. Iran alone had over 33 million users.
In general across the Middle East, internet and broadband penetration rates remain low, with access speeds often relatively slow and tariffs relatively high compared with other regions in the world.
An online survey of MENA respondents in mid-2010 by Effective Measure, an audience measurement company, revealed that internet users spend more time surfing the web than watching television, with 88% of users accessing the internet daily compared with only 70% of respondents watching television.
A survey carried out among 13-28 year-old students in the UAE and Jordan, and presented at the Arab Free Press Forum in Beirut in June 2010, concluded that young Arabs were interested in news, with 57% getting their news from websites, but they did not want to pay for it.
There is a growing appetite for news in Arabic. Reuters news agency has increased general Arabic content by 12% cent since 2009, and has doubled Arabic economic and business news output.
Blogging in the region is also growing fast.
Gamal Eid, executive director of the Arabic Network for Human Rights Information, estimated that in July 2010 there were about 750,000 blogs in the Arab world, about 300,000 of which were active.
The Berkman Center for Internet and Society at Harvard University says the majority of Arab bloggers are under the age of 35; most of them are males, with Syria and Morocco having the highest rate of male users and Egypt the highest rate of female users.
The leading global social networking site Facebook has more than 15 million users in the Arab world among its 515 million users worldwide.
But internet use has yet to spread to the lower middle classes or rural areas of the Arab world; poor computer literacy, high costs and the lack of electricity in many areas are among the main reasons.

TV, radio thrive, but print media hit hard
Arabs watch TV for between four and four and a half hours a day. Although younger Arabs are turning increasingly to the internet, TV remains the dominant entertainment medium, as well as the main source of information overall.
Arab free-to-air (FTA) satellite TV is experiencing slower growth. Only 13 new FTA channels appeared between March 2009 and April 2010, compared with 104 channels added between August 2007 and March 2009, the Amman-based Arab Advisors Group reported. There are now 487 stations broadcasting via the three main satellites serving the MENA region - Arabsat, Nilesat and Noorsat.
As for radio, there are around 350 FM stations in the Arab world. Half of these are privately-owned and many, as well as some state-owned channels, are commercially successful.
Abdulrahman Awadh Al Harthi, director of Abu Dhabi Radio Network, told the Dubai-based Digital Production Middle East website: "Radio is very strong in this region. There are 230 million people listening to the radio regularly and already there are 78 million people listening to the radio through the internet."
But print media are not faring so well.
The global economic crisis that began in 2008 has killed off one fifth of print titles in the GCC states, the Abu Dhabi-based newspaper The National said on 26 July.
Since the start of 2009 year, 171 Gulf-based magazines and 11 newspapers have suspended or discontinued publication, the paper said, citing the data supplier MediaSource.
Censors target mobile devices
Many Arab governments are stepping up efforts to combat perceived security threats on the internet, as well as online activists.
In July 2010, the UAE and Saudi Arabia announced plans to ban some functions of the BlackBerry mobile phone, citing "social" and national security concerns.
The Messenger application on the BlackBerry, made by Canadian firm Research In Motion (RIM), is a popular business and social networking tool in the Gulf region. But because the data is encrypted and sent to offshore servers, it cannot be tracked locally.
This lack of access has raised fears in security-conscious Gulf states about their ability to track potential spies, assassins or Islamic militants.
"BlackBerry has proven popular with young singles in Saudi Arabia, the biggest BlackBerry market in the Gulf with 700,000 users, as a means of meeting in an Islamic society which restricts contact between unrelated men and women," Reuters noted.
The UAE has an estimated 500,000 BlackBerry users.
Activists argued that Saudi Arabia and other countries were more motivated by the desire to extend curbs on freedom of expression and strengthen already tight controls over the media than by a fear of terrorism.
In September, Saudi Arabia appeared to have resolved its dispute with RIM. The Saudi telecoms regulator said it would allow service to continue for the time being, citing "positive developments", although it remained unclear whether the reprieve was permanent.
The UAE had planned to suspend e-mail, messaging and web browsing on BlackBerry devices starting in October 2010.
But following talks with RIM, the UAE telecoms regulator said it was satisfied that services on the devices complied with its "security needs". It also acknowledged "the positive engagement and collaboration of RIM in reaching this regulatory compliant outcome". Details of the compromise were not divulged.
Kuwait said it was in talks with RIM over "moral and security concerns", but had no intention of stopping BlackBerry services for the time being. Oman has also said it had no plans to block BlackBerry services.

Old and new media under threat
Government censorship also continues to target all forms of media, old and new, across the Arab world.
At the end of August, activists in Jordan welcomed the government's decision to amend a new law on "internet crimes", calling the amendments "a step in the right direction", the Jordan Times reported.
The proposed law would have allowed the government to regulate online content and punish those whose posts upset the authorities.
In Sudan, the authorities announced in August that they were suspending the BBC's licence to broadcast in Arabic on local FM frequencies in four northern cities, including the capital, Khartoum.
BBC Arabic radio has a weekly audience of 4 million listeners in Sudan.
The government said the decision to suspend BBC radio broadcasts was linked to the BBC allegedly importing satellite equipment into Sudan through diplomatic channels, and "working in Southern Sudan without permission from the central government".
In October, the Sudanese government refused to renew the local FM relay licence of Monte Carlo Doualiya, the Arabic service of Radio France Internationale. It denied any political motive, but the Arabic Network for Human Rights Information criticized the move as part of "an escalating restrictive policy… against all media".
And Iraqi proposals to set up a new press court have aroused concern among international media freedom watchdogs as well as local journalists.
In the future, more Arab countries are likely to follow the examples of Kuwait and the UAE, which respectively passed laws in June 2010 making it a crime to visit "pornographic" websites or those that promote "terrorism".
Posted by Peter Feuilherade at 08:38