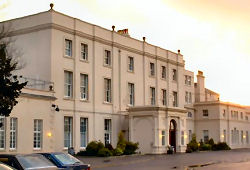 BBC press release, 17 January 2011
BBC Monitoring today announced spending cuts and proposed post closures in response to the decision by the Cabinet Office, following last October's HM Government Comprehensive Spending Review, to cut £3m per annum over two years from BBC Monitoring's grant of £23.2m per annum.
This follows a cut of £1.4m by the Cabinet Office in April 2010.

Announcing the cuts package to staff today, the Director of BBC Monitoring, Chris Westcott, said that: "regrettably service cuts and post closures are inevitable given the scale of the cut in funding from the Cabinet Office. We are now beginning a period of consultation with staff on our proposals."

BBC Monitoring proposes to cut £3m per annum from its costs by closing 72 posts – about 16%. 18 new posts would be created.

Under the terms of the new BBC Licence Fee Agreement, BBC Monitoring will be funded by the licence fee from FY 13/14. Until then, the Agreement states that "The Government will continue to fund BBC Monitoring at CSR-agreed levels for 2011/12 and 2012/13".

It operates around the clock to monitor more than 3,000 radio, TV, press, internet and news agency sources. It then selects vital information; translating it into English from up to 100 languages from 150 countries, and delivering it online for immediacy and ease of access.

This extensive and growing range of sources enables BBC Monitoring to provide distinctive, authoritative and reliable information and analysis to its Stakeholders (the Cabinet Office and agencies, the Ministry of Defence, Foreign and Commonwealth Office and BBC World Service) and customers including media organisations, universities, governments, embassies, multinational companies and charities around the world.

Posted by Peter Feuilherade at 00:55