The United Kingdom broadcasting regulator has confirmed that product placement will be allowed on UK commercial television from 2011. 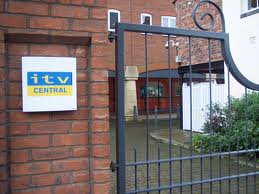 
Product placement, long a staple of U.S. commercial broadcasting and common in many European countries, will be allowed for the first time in commercial TV programmes produced in the UK, the broadcasting regulator Ofcom confirmed on December 20, 2010.
Product placement allows programme-makers to take payment to promote products, services and trade marks in TV programmes.
Paid-for references to products and services will be permitted from the end of February 2011. The move follows years of lobbying from commercial TV.
The BBC, which is publicly funded, will not feature any such deals. However, products could be inserted digitally after production for BBC programmes sold to commercial channels.
Rules and Restrictions
After months of consultation with the industry, Ofcom published a set of rules governing product placement, including what can and cannot be shown. The regulator said it had also liberalised the rules on paid-for references to brands and products in radio programmes. "Both sets of rules will enable commercial broadcasters to access new sources of revenue, whilst providing protection for audiences," Ofcom added.
The new rules include restrictions on the types of products that can be placed; restrictions on the types of programmes in which products can be placed; and limits on the way in which products can be seen and referred to in programmes.
Product placement will be allowed in films (including dramas and documentaries), TV series (including soaps), entertainment shows and sports programmes. But it will be prohibited in all children’s and news programmes and in UK-produced current affairs, consumer affairs and religious programmes.
The product placement of tobacco, alcohol, gambling, foods or drinks that are high in fat, salt or sugar, medicines and baby milk is banned by UK legislation. Ofcom has also prohibited the paid-for placement of products and services that cannot be advertised on television, such as weapons or escort agencies.
The rules state that "product placement must not impair broadcasters’ editorial independence and must always be editorially justified". This means, Ofcom explained, that programmes "cannot be created or distorted so that they become vehicles for the purposes of featuring product placement".
The TV rules reflect new UK legislation which followed the government’s decision earlier in 2010 to allow product placement in UK TV programmes, as a result of changes to European broadcasting legislation.
Broadcasters Hope for Extra "Millions"
Broadcasters such as ITV hope to earn millions of pounds in additional revenue from TV product placement, said the Digital Spy website. It recalled that in October 2010, Channel 4 and Channel 5 claimed that revenue from TV product placement would be "modest", while ITV holds "clear commercial advantage" in attracting the best deals.
The Guardian said estimates of the size of the UK product placement market varied. It cited figures from MirriAd, a product placement company, claiming that it should be worth at least 5% of the total UK TV advertising market, as it is in the US. That would give it an initial annual value of 150 milllion pounds (233 million US dollars), although that amount is forecast to grow substantially.
The UK website Media Week on December 3 2010 reported that television had been the biggest benefactor of increased advertising spending in 2010, according to a report by the world's largest advertising media company GroupM, with annual growth of 14% expected in 2010.
Concerns About "Integrity"
Initial consumer and viewer reaction to the new rules was a mix of suspicion and concern.
The Guardian described the relaxation of the rules as "controversial" in some sectors.
The paper quoted Jocelyn Hay, the president of the Voice of the Listener and Viewer, as saying that her group was "concerned about the integrity of television programmes," and adding: "Advertising is transparent - you can't be sure that product placement has not had an influence on the story line".
Comments on The Guardian website were mainly negative to the new rules, with one reader bemoaning it as "this latest manifestation of rampant consumerism", and another predicting that audience figures for commercial TV would decline because of viewer hostility.
Others, however, argued that product placement was no worse than TV advertising breaks, print adverts in newspapers, or commercial endorsements at sporting events.
Posted by Peter Feuilherade at 07:33