Al-Jazeera English TV is to air in India, the world’s second most populated country. 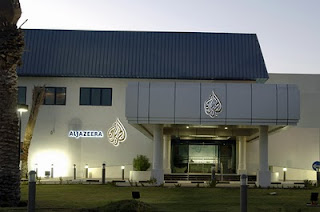 The Qatar-based satellite TV news channel Al-Jazeera English (AJE) has been granted a licence to broadcast in India, where it says it has a potential reach of 115 million households on satellite and cable TV platforms.
The move will increase AJE’s potential global audience by 50 per cent.
A spokesman for India’s Information and Broadcasting Ministry said on December 7 2010 that the ministry granted the broadcasting licence the previous week, allowing cable and satellite operators in India to add the channel to their line-up.
When AJE launched in November 2006, it applied for permission to downlink in India as well, which India’s Home Ministry refused initially, citing “security considerations”.
Diana Hosker, Al-Jazeera head of distribution for the region, said: “With the prospect of reaching an estimated 115 million households in India, this important market will be significant as we continue to expand our global reach.”
Al-Jazeera English is currently available in over 100 countries. Its potential audience exceeds 220 million households around the world.
Coinciding with the signing of an Indo-French audiovisual agreement on December 6 2010, India has also licensed the French news channel France 24 to broadcast in English in India. France 24, which launched in 2006, is broadcast globally around-the-clock with the same content in French, English and Arabic.
Targeting India’s 300 Million English-Speakers
Al Anstey, AJE managing director, said the channel was targeting the more than 300 million people in India who speak English.
“We are planning an extensive marketing, brand awareness and grass roots campaign in India early next year…in print, digital, broadcast and outdoor platforms,” he said in remarks quoted by Chennai-based newspaper The Hindu.
“We want people to start recognising us as an international channel dedicated to good journalism…which does not look at the world through any particular prism,” he added.
Anmol Saxena, AJE bureau chief in Delhi, told The Hindu: “We have received letters of intent from cable operators in Kerala, Mumbai; very strong intents from Kolkata and the West Bengal region, so you can see that all parts of the country are represented.”
The media industry website Indiantelevision.com said: “For Al-Jazeera, it has been a four-year wait. The India feed will allow Indian audiences to view the channel that is known for a slant to news that is different from the Western style of presentation.”
Al-Jazeera Denies Claims Posted on Wikileaks
Al-Jazeera’s Arabic-language news channel, launched in 1996, has the largest number of viewers among pan-Arab satellite news stations.
But the Wikileaks affair has put the spotlight on the channel’s relationship with the government of Qatar, which bankrolls the broadcaster.
US diplomatic memos published in the British newspaper The Guardian on December 6 2010 as part of the WikiLeaks revelations claimed that Al-Jazeera changed its coverage to suit Qatari foreign policy.
“Qatar is using the Arabic news channel Al-Jazeera as a bargaining chip in foreign policy negotiations by adapting its coverage to suit other foreign leaders and offering to cease critical transmissions in exchange for major concessions, US embassy cables released by WikiLeaks claim,” The Guardian report said.
It added: “The memos flatly contradict Al-Jazeera's insistence that it is editorially independent despite being heavily subsidised by the Gulf state.”
Al-Jazeera denied the claims, saying: "This is the US embassy's assessment, and it is very far from the truth. Despite all the pressure Al-Jazeera has been subjected to by regional and international governments, it has never changed its bold editorial policies which remain guided by the principles of a free press."
Posted by Peter Feuilherade at 03:22