Global advertising spending is on the rebound, with much of the growth coming from developing countries, says a new forecast by Zenith Optimedia. 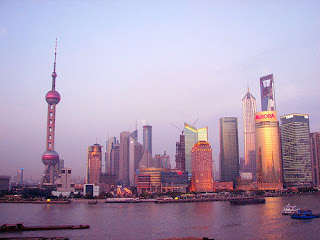 
Global advertising spending will rebound to reach almost 450 billion US dollars by the end of 2010, and hit 500 billion dollars in 2012, the media buying group Zenith Optimedia forecast on December 6 2010.

And markets in developing countries are predicted to grow much faster than developed markets, accounting for almost 36 per cent of all advertising spending by 2013, up from 31.5 per cent in 2010.

“After the surprisingly strong 4.9 per cent recovery this year, we predict annual growth of between 4.6 and 5.2 per cent for the next three years.

“Global ad expenditure [is] to exceed the 2008 peak in 2012,” said Zenith Optimedia, which is owned by the Publicis group.

Zenith added that internet advertising would grow three times faster than the market as a whole, but advertising expenditure in newspapers and magazines could fall by 2 per cent between 2010 and 2013.

A separate global forecast from the media buying agency network Group M, owned by WPP, said that at some time in 2012, the internet would overtake newspapers as the second biggest global advertising medium behind television, British newspaper The Guardian reported.

Group M's forecast, using slightly different measures, predicted that the 500-billion-dollar mark for global spending would be reached at some point in 2011.

ZenithOptimedia said growth over the next three years would be driven by developing markets, with Asia-Pacific set to grow by 23 per cent, the Middle East and Africa by 24 per cent, and Latin America by 26 per cent. Excluding Japan, the advertising market in the Asia-Pacific region would grow by 36 per cent between 2010 and 2013.

"The key result of this update is the continued rise of developing markets and digital media, and their central role in driving global growth," said Steve King, Zenith Optimedia’s worldwide CEO, in a statement accompanying the forecast.

As the global media and entertainment industry publication The Hollywood Reporter noted on December 6 2010, “forecasters expect developing countries, such as Brazil, China, Russia and India, to remain key engines of global growth in the coming years.”

Meanwhile, the US-based company Google, which threatened to pull out of China in a dispute over censorship, said its revenue in the country was growing as demand for display advertising and export marketing helped to add customers, Bloomberg news agency reported on December 7 2010.

“The last 12 months have convinced us about the revenue opportunities the Chinese market holds for us,” Daniel Alegre, Google’s vice-president for Asia-Pacific, said in an interview in Beijing. “Not only are we in China, but we are investing heavily in China,” he added.