2010 is set to be one of the warmest three years on record, the UN weather agency has predicted. 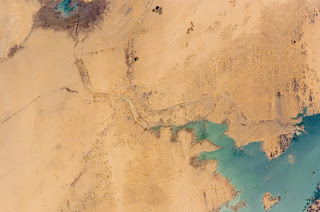 By Peter Feuilherade
As the United Kingdom and much of northern Europe shivered in an early blast of wintry weather, the United Nations World Meteorological Organization (WMO) said on December 2 2010 that temperatures during the year so far had reached the highest levels in several regions since climate records began in 1850.
The global combined sea surface and land surface air temperature for January–October was estimated at 0.55 degrees Celsius, plus or minus 0.11 degrees, above the 1961–1990 annual average of 14 degrees Celsius – at present the highest on record, the WMO said.
The 2010 figure was higher than the 1998 January-October increase of 0.53 degrees Celsius and the 2005 rise of 0.52 degrees Celsius.
The data, compiled with input from WMO’s 189 member states, was released as officials from around the world gathered in Cancun, Mexico, for the UN's annual climate change conference.
Arctic, North Africa, South Asia Worst Hit
Surface air temperatures over land were above normal across most parts of the world, the report noted. Two major regions had recorded the most extreme rises.
"Recent warming has been especially strong in Africa and parts of Asia, and parts of the Arctic," the WMO said.
In parts of west Greenland and the eastern Canadian Arctic, mean annual temperatures were 3 degrees Celsius or more above normal. And across most of the northern half of Africa and southern Asia, as far east as the western half of China, they were 1 to 3 degrees Celsius above normal.
Below Normal in Northern Europe
But it has been the coolest year so far since 1996 for northern Europe, including the UK, Germany, France and Norway, and since 1998 for northern Asia, mainly owing to below-normal temperatures during the winter.
The year also saw the third-lowest Arctic summer sea ice on record after 2007 and 2008, reached on September 19 2010 with an area of 4.6 million square kilometres, more than 2 million square kilometres below the long-term average.
In contrast, the extent of Antarctic sea ice was generally slightly above normal, the WMO noted.
US Data Confirms Warming Trend
BBC News environment correspondent Richard Black said that the WMO figures were in line with two major US analyses of global temperature showing that up until the end of October, 2010 was "the warmest year in the instrumental record going back to 1850".
The global average temperature was 0.58 degrees Celsius above the average for 1961-90, according to NASA, while the National Oceanic and Atmospheric Administration put the figure at 0.54 degrees Celsius above.
The UK record, kept by the UK Met Office and the Climatic Research Unit (CRU) at the University of East Anglia, has 2010 in joint first place with 1998, when the El Nino effect brought colder than average water to the top of the eastern Pacific Ocean, lowering temperatures globally.
Professor Mark Maslin, director of the Environment Institute at University College London, told the BBC that the UN figures would not please "those who hoped that global warming would just go away".
"It shows that the science underpinning the negotiations at Cancun is correct, and adds further weight to the need for a globally negotiated and accepted deal on carbon emissions," he added.
"Worst Case" Scenario
On November 28 2010, an international team of researchers warned that global temperatures could soar by 4 degrees Celsius by the 2060s "in the worst case of global climate change" and require an annual investment of 270 billion dollars just to contain rising sea levels, Reuters reported.
A rapid rise on this scale would be double the 2 degrees Celsius ceiling set by 140 governments at a UN climate summit in Copenhagen in 2009, and would disrupt food and water supplies in many parts of the globe.
"Across many sectors - coastal cities, farming, water stress, ecosystems or migration - the impacts will be greater" than at 2 degrees, wrote Mark New of Oxford University in England, who led the international team.
In remarks cited by the British newspaper The Independent, WMO Director-General Michael Jarraud said the fact that the last decade had been the hottest ever was an indicator of a man-made impact on the global climate. "Based on climate models, it cannot be explained unless you take human emissions of greenhouse gases into account," he said.
The final ranking of 2010 will not become clear until November and December data are analysed in early 2011. But global November temperatures were at "near record levels", the WMO said.

Posted by Peter Feuilherade at 03:54