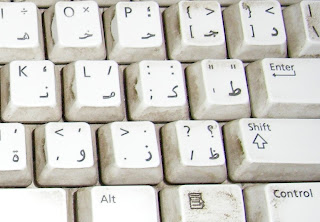 Article first published as More Mid-East Regimes Tighten New Media Curbs on Technorati.
The prominent communication role, perceived or actual, that social networking sites played in the Tunisian and Egyptian popular uprisings will drive more regimes in the Middle East and North Africa (MENA) to speed up the enforcement of new laws seeking to control how the region's 60 million online netizens use "new media".
In many Arab countries, existing media laws were drawn up decades ago, in an era when governments had the final say over which newspapers, radio and TV stations were allowed to operate, and what topics were off-limits.
In the last 15 years, the mushrooming across frontiers of pan-Arab satellite TV news channels like Qatari-funded Al-Jazeera, Saudi-owned Al-Arabiya and Lebanon's Future TV ended Arab governments' monopoly over information. Al-Jazeera, in its own words, says it gives "a voice to the voiceless". But these channels, although a breath of fresh air, inevitably reflect the political agendas of their owners and paymasters.
Most people in the Middle East still get their news from television. But blogs, online news and networking sites like Twitter and Facebook (around 17 million users in MENA) have become increasingly popular, especially among younger people.
The media in Tunisia are enjoying new-found freedom after the ouster of President Ben Ali, but other Arab governments are trying to extend regulation and censorship to social media.
In January 2011 Saudi Arabia imposed registration and licensing requirements for online publications, although confusingly, for blogs and personal websites this is "voluntary". In practice, this will have no impact on posts on Twitter or Facebook. In June 2010 Kuwait and the UAE passed laws respectively making it a crime to visit "pornographic" websites or those that promote "terrorism".
Jordan, Yemen and Syria also have laws in the pipeline specifically to regulate news websites and other online media. A law yet to be approved by Yemen's parliament will impose hefty licence fees of up to 180,000 dollars on TV, radio and news websites. In Syria, which already blocks some 240 websites, a law to control online media is awaiting endorsement by MPs. Lebanon's information minister in December 2010 called for a media law revamp. And a new media law awaited in Qatar, the first in 30 years, has provoked concern among free speech watchdogs.
These laws will be largely in vain. Switching off social networking sites in Tunisia and Egypt (and for a while, suspending all internet access in the case of Egypt) led activists to find technological ways to circumvent the curbs, such as using satellite internet, or revert to "old media" including amateur radio, fax machines and dial-up modems.

Instead of heavy-handed arrests of bloggers, more enlightened Arab regimes may choose to engage with their critics on social networks, once they accept that the curbs they relied on for so long against the easier-to-control print media and broadcasters are no longer relevant in the age of internet activism.

Libyan leader Colonel Gaddafi, meanwhile, has no time at all for the internet. In January 2011 he dismissed cyber-activism as "lies fabricated by drunkards and netizens high on drugs".
Posted by Peter Feuilherade at 10:02