Israeli Press Concerned over Future of Peace Treaty with Egypt

Israeli press editorials consider the implications of a new government in Egypt revoking the peace treaty with Israel. 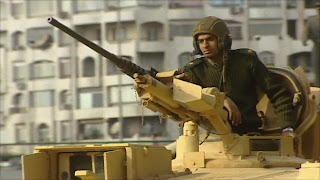 As the power struggle in Egypt between opponents of President Hosni Mubarak and his supporters became more violent on 3 February 2011, the possibility of a future government in Cairo revoking the peace treaty with Israel became a major concern in the Jewish state, cutting across the political spectrum.

READ THE FULL ARTICLE ON SUITE 101
Posted by Peter Feuilherade at 09:44