Although Africa weathered the 2009 global economic crisis, the unrest in North Africa combined with rising fuel and food prices could slow growth this year, a new report from the African Development Bank warns. 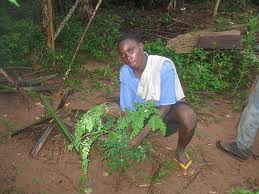 Africa's economies have weathered the global crisis relatively well and rebounded in 2010, according to the African Economic Outlook 2011, launched on 6 June 2011.
But recent political events in North Africa and high food and fuel prices are likely to slow the continent’s growth down to 3.7% in 2011, the report warns.
During this year, sub-Saharan Africa will grow faster than North Africa. The report predicts a rebound to 5.8% in 2012. Economic growth in Africa has averaged 5% in the past decade.
The new report was launched in Lisbon, which later this week will host the African Development Bank’s (AfDB) annual meeting, the first gathering of African finance ministers and other officials to be held in Europe for 10 years.
"Africa is growing but there are risks. Urgent attention is needed to foster inclusive growth, to improve political accountability, and address the youth bulge," said Mthuli Ncube, Chief Economist and Vice-President of the AfDB.
New trade with emerging economies
Co-authored by the African Development Bank (AfDB), the OECD Development Centre, the United Nations Development Programme (UNDP) and the United Nations Economic Commission for Africa (UNECA), the report covers 51 of the continent's 53 countries.
It urges African countries to develop closer cross-border ties in dealing with traditional and emerging partners so they can boost sustainable and inclusive growth.
Despite its large oil and mineral exports, Africa today still accounts for only about 1.5% of global trade. However, Africa is becoming more integrated in the world economy and its partnerships are diversifying, revealing unprecedented economic opportunities.
New routes opened between Africa and emerging countries are promising, the report states. "New partners bring new opportunities for African countries," said Mario Pezzini, Director at the OECD Development Centre.
Emerging economic powers like China and India are seeking to extend their influence in Africa, not only through trade and investment but also through diplomatic alliances.
China's $126 billion annual trade with Africa is worth almost three times that of India's $ 46 billion. But India is moving to shrink that gap, as witnessed at the second India-Africa Forum on 24-25 May 2011 in the Ethiopian capital, Addis Ababa. India's bilateral trade with Africa is forecast to exceed $50 billion this year.
China now Africa's main trading partner
In 2009, China surpassed the US and became Africa’s main trading partner, while the share conducted by Africa with emerging partners has grown from approximately 23% to 39% in the last 10 years.
Africa’s top five emerging trade partners are now China (38%), India (14%), Korea (7.2%), Brazil (7.1%) and Turkey (6.5%).
While traditional partners, as a whole, still account for the largest proportion of Africa’s trade (62%), investment (80%) and Official Development Assistance (90%), the report notes that emerging economies can provide additional know-how, technology and development experiences required to raise the standard of living for millions of people on the continent.
World Bank echoes warning on fuel, food prices
On 12 May 2011 the World Bank also warned that high food and fuel prices could slow Africa's rapid recovery from the global financial crisis. Sub-Saharan Africa's economy was likely to grow by 5.1% in 2011 and 5.4% in 2012, it said. An earlier forecast by the Bank had shown the region growing by 5.3% this year and 5.5% in 2012.
The sub-Saharan African economy grew by 4.7% in 2010, rebounding from 1.7% growth in the previous year, when the world economic crisis hit output.
"Having presented a fairly optimistic picture, I should add that there are some real risks to this growth forecast. Perhaps most importantly is this increase in food and fuel prices that we are seeing right now," Shantayanan Devarajan, World Bank chief economist for Africa, told Reuters in an interview.
"If food prices and particularly fuel prices continue to rise, there is some really serious risk to the growth forecast."
On a positive note, Devarajan said sub-Saharan Africa should also see higher foreign capital flows in 2011 - after rising 6% to $32 billion in 2010 - as perceptions about the continent improve.
Posted by Peter Feuilherade at 06:19