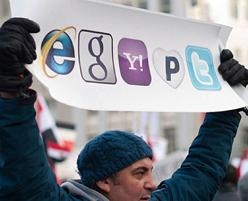 This article was first published in The Middle East magazine, July 2011

Arab journalists at the dawn of the 21st century, far from being defenders of the status quo, "see their mission as driving political and social change," said veteran US journalist Lawrence Pintak in his recent book, "The New Arab Journalist: Mission and Identity in a Time of Turmoil".


The rapid transformations in North African media during the Arab Spring show that they are embracing that mission with enthusiasm, replacing the formerly state-dominated media.
Fighting in Libya and political upheavals in Tunisia and Egypt have brought unprecedented changes to the media landscape, as new broadcasters, publications and websites have emerged.
Pundits differ over the role played by online media and social networking sites in fuelling the unrest, and the media revolution that has ensued.
The New York-based Committee to Protect Journalists (CPJ) described the blogging, video sharing, text messaging and live streaming from mobile phones of the demonstrations in Tahrir Square and Tunis as a "seismic shift" in how journalists rely on the Internet and other digital tools. But the CPJ warned that oppressive regimes were also showing increasing sophistication in using the tools of new technology to suppress information.
For established broadcasters, the Arab uprisings have brought a surge in viewing figures, but with no corresponding economic benefit.


Audiences for satellite TV news channels, primarily the leading pan-Arab stations Al-Jazeera and Al-Arabiya, have doubled in key markets such as Saudi Arabia, the Dubai-based Pan-Arab Research Centre (PARC) reports.
However, spending on TV advertising across the Arab world has slumped. In Egypt, it was down by 97% in February and 78% in March 2011, compared with the same months a year ago, PARC added.
"Voice of Free Libya"
Since the 17 February 2011 uprising, various opposition groups in rebel-held areas in eastern Libya, as well as abroad, launched their own affiliated newspapers, websites, radio and satellite TV stations to counter what they termed the "propaganda" of the state-controlled broadcaster.
"Voice of Free Libya" radio stations went on air in Benghazi and Al-Bayda, as well as the besieged rebel-held port of Misrata in the west. The rebel-linked stations reflect a mix of Islamist and Libyan nationalist views in their programmes. In the town of Nalut in the mountains of western Libya, journalists who had formerly broadcast pro-Gaddafi material on the local radio station switched sides, relaunching it as "Radio Free Nalut".
Of the new opposition satellite TV channels, the slickest is Libya TV, launched at the end of March. It is based for the time being in Qatar, the first Arab country to recognize the Transitional National Council, the opposition shadow government.
After more than 40 years of state control over the media, apart from a short-lived period when Gaddafi's son Saif al-Islam operated the country's first privately-owned media outlets, it is no surprise that most journalists in Libya fall short on production and technical skills.
But they make up for this in creativity and enthusiasm. The Voice of Free Libya broadcasts include revolutionary music, popular songs by Arab divas like Fairuz, poetry with rebel themes, and phone-in programmes allowing citizens to air their views and grievances.
State-run Al-Jamahiriyah TV went on the counter-offensive, launching an English-language TV channel to convey the Gaddafi regime's views to international audiences. The channel took the line that the uprising in Libya was fomented by Al-Qaeda and "foreign elements".


Libyan state TV says its external service has been deliberately jammed. Air strikes on Tripoli by NATO-led forces have also intermittently disrupted state-controlled TV broadcasts.
Mixed signals for Egyptian media
The media in Egypt were already cowed by the severe crackdown that preceded the November 2010 parliamentary elections. Now media outlets are moving cautiously, after being given mixed signals.
The Supreme Council of the Armed Forces warned in March that it would carry out prior vetting of all reporting on topics covering Egypt's military establishment. In late April it said that it would not interfere in media policy. But in May, the Council warned against websites and Facebook pages which could, in its words, "incite sectarianism and violence and spread rumours that could destabilize the country".
Many laws impeding media freedom are still to be abolished. When a military court sentenced an Egyptian blogger to three years in jail in April for defaming the army and "disseminating false information", journalists got the message that limits on free speech still apply, particularly where the armed forces are concerned.
The new heads of state newspapers, TV and radio appointed by the government after President Mubarak was ousted in February have been accused of having close links with the former regime.
On the plus side, the new government has brought in new rules making it easier for privately-owned TV channels to launch, and 16 new channels have already been approved.
A debate is under way about whether foreign models for media reform are compatible with Egypt's still-evolving political reality. But the vast majority of the tens of thousands of mainstream journalists still operate in a culture of self-censorship.
Tunisian authorities stall
Aspiring media entrepreneurs in Tunisia are already accusing the interim government of using outdated bureaucratic procedures to block private broadcasting.
More than 40 applicants have sought approval to launch new radio and TV stations, but the authorities claim that the number of "frequencies" is limited.
In mid-May, activists reported cases of resumed internet censorship. And journalists also complain that they are still not free to do their jobs because of attacks and threats by security police, party activists and demonstrators.
A long-term goal
With government institutions in North Africa accustomed to decades of state control over the media, not everyone regards Western-style media pluralism as the highest priority, so significant reform could take years to consolidate.
As happened in Iraq after the overthrow of Saddam Hussein in 2003, many new broadcasters and publications have been launched, but not all will survive.
Some will go under for financial reasons such as high printing and production costs or lack of advertising, or because they have fulfilled their short-term political objectives of spreading a particular group's message, or because the market simply cannot sustain too many competitors. Others, especially web-based media which are cheaper to operate, may enjoy a longer existence.
Posted by Peter Feuilherade at 02:49