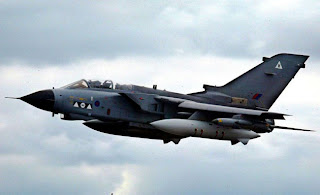 The UK Bribery Act 2010 was due to come into force in April 2011, but has been put back until three months after the final official guidance on the Act is published.
The Act has attracted considerable negative media coverage, and anti-corruption groups allege there has been intensive last-minute lobbying against it, from unspecified corporate circles.
It comes at a time when the British defence industry is under increasing public scrutiny.
After the headlines created by the Strategic Defence and Spending Review and consequent job cuts, the uprisings in the Arab world since the end of 2010 focused attention on the weapons that British companies supplied to Bahrain, Libya and others, including teargas and crowd control ammunition, which have been used against protesters and insurgents.
In 2009, UK defence export orders were worth £7.2 billion, according to ADS. The UK was fifth in the global weapons suppliers league after the USA, Russia, Germany and France, although the volume of British arms exports actually fell by 11 per cent between the periods 2001–2005 and 2006–10, the Stockholm International Peace Research Institute (SIPRI) said in data published in March 2011.
With the domestic spending squeeze tightening, Britain's defence manufacturers must maintain if not strengthen their position in the international marketplace. Industry figures are not happy that government guidance on the Bribery Act has been delayed, but say the legislation should not stifle business because anti-corruption measures are already in place.
Penalties
The Bribery Act was enacted in response to growing worldwide pressure on the UK to address a perceived lack of commitment to anti-bribery law enforcement. With this extra-territorial legislation, UK-linked companies involved in bribing officials and executives anywhere can be fined and their assets recovered.
It creates four categories of offences: offering, promising or giving a bribe to another person; requesting, agreeing to receive or accepting a bribe from another person; bribing a foreign public official; and the corporate offence of failing to prevent bribery by individuals acting on its behalf.
Failing to prevent bribery introduces strict liability for corporate organizations and is the most significant departure from current law, legal experts say. Ignoring the Act could cost companies dearly, with the maximum penalty for individuals being 10 years imprisonment and/or a fine, and for the new corporate offence an unlimited fine.
The only defence available to commercial organizations charged with strict liability corporate offences will be to show that the organization had "adequate procedures" in place to prevent bribery being committed.
"The breadth of the act is already prompting complaints from British business abroad, concerned that the strictures will give undue advantage to competitors with no links to the UK, who are not covered by the legislation," the Financial Times commented on 24 February 2011.
Concerns
Tobias Bock, a project officer at the anti-corruption watchdog Transparency International, estimates that the global cost of corruption in the defence sector is at least 12.5 billion pounds a year.
But facilitation payments by UK firms are already illegal and will continue to be banned when the Act comes into force, though the government’s earlier draft guidance failed to make this explicit.
Transparency International UK spokesman Robert Barrington says honest companies "have nothing to fear from the Act, and should welcome it as an opportunity to create a level playing field." But he warns: "Defence is a notably high-risk sector for bribery. The Act should remind every company in every industry that bribery is unacceptable and there is now a greater likelihood of being caught and punished."
Barrington told DMJ in an interview: "If I have a concern about the defence industry, it's that smaller and medium-sized companies that are exporting to difficult markets might be less aware of their obligations and the legal implications."
Derek Marshall, MD of Policy and Public Affairs at ADS, said many of the UK's bigger companies, especially multinationals, "have adjusted for quite a while now to the notion that they will have to comply with legislation like the Bribery Act and the US Foreign Corrupt Practices Act (FCPA), so the impact on them will be very limited."
"The real issue for us is having proper guidance soon (from the Ministry of Justice) on how the Act will be interpreted… For the time being, we seem to be in uncharted waters," he told DMJ.
Further delay in publishing the guidance will not only prolong uncertainty for companies, but could also undermine how the government’s commitment to the Act is perceived.
Posted by Peter Feuilherade at 06:32