Jordan and Morocco will join the six-member Gulf Cooperation Council in an extended union comprising all eight Arab monarchies. 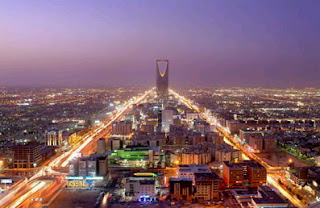 
Leaders of the six Arab Gulf states have welcomed bids by Jordan and Morocco to join the Gulf Cooperation Council (GCC).
The GCC comprises Saudi Arabia, Kuwait, Bahrain, Qatar, Oman and the United Arab Emirates, which between them supply about 20% of the world’s oil. It was formed in 1981 to coordinate political and economic policies. More recently, this has extended to defence and security too. In April 2011 the GCC sent troops into Bahrain, where the monarchy faced protests calling for democratic reform.
The GCC leaders' decision will result in an extended alliance including Jordan and Morocco. Both these kingdoms have seen limited protests and calls for political reform and constitutional monarchy during the "Arab Spring". In the GCC itself, as well as the Bahrain unrest, there have been small-scale protests in Oman and Saudi Arabia.
Regional unrest
Expanding the GCC is aimed not only at countering unrest across the Arab world but also strengthening the oil-rich Arabian kingdoms against what they perceive as the regional threat from Iran, their powerful neighbour across the Persian Gulf. They have accused Iran of fomenting the insurrection in Bahrain and of seeking to destabilize Arab regimes.
Iran denies involvement in the protests, saying it only gives Bahrain protesters "moral support".
In the impoverished Republic of Yemen, the GCC has been mediating, to no avail so far, to persuade rival factions to sign a transition deal aimed at ending months of anti-government unrest.
Yemen, which stands in stark contrast to its wealthy neighbours in the Arabian Peninsula, has limited observer status in the GCC.
Arab kings must "stick together"
Although Jordan and Saudi Arabia share close ties through common tribal and family links, the links are less evident between the Gulf states and Morocco, at the other end of the Arab world.
But they do have at least two factors in common - the Arabic language, and the system of monarchy.
The Dubai-based Gulf News cited Shaikh Jaber Al Khalifa, a political analyst, as saying that putting the eight monarchies in the Arab world under a single umbrella would be a positive step. "When political systems with common visions and ideas work together, you should expect good results because they are not held back by divergent political ideologies."
In a separate commentary in Gulf News on 11 May, Sultan Sooud Al Qassemi, a non-resident fellow at the Dubai School of Government, said that after Tunisia and Egypt, the survival of the 12 remaining Arab republican regimes was not guaranteed. The Arab League was "floundering", and the remaining eight Arab monarchies recognized the need to enhance mutual collaboration.
"They have identified the GCC as the ideal body for them to make an immediate and exponential leap in political, military and economic relations," he said.
The London-based independent newspaper Al-Quds al-Arabi on 11 May quoted "observers of Gulf affairs", whom the paper did not name, as saying that "the spread of Arab revolutions in the region, which have reached some Gulf countries, has prompted the GCC members to search for new allies following the collapse of the old alliance of so-called 'moderate countries' after the revolution in the country which was the Gulf countries' strongest ally, Egypt…"
Comments on Gulf websites ranged between those welcomed expanding the GCC and those who opposed it, Al-Quds al-Arabi noted: "Some said the military expertise of Jordan and Morocco would benefit the GCC countries, while others complained of the economic conditions in these two countries which might affect 'Gulf prosperity'."
The expansion plan is the strongest assertion of the GCC's foreign policy role in its 30-year history.
"They are leading the counter-revolution and it makes more sense for them to join with other Arab autocracies," Shadi Hamid, director of the Brookings Doha Centre, told Reuters news agency on 10 May.
Some analysts caution that an expanded union could have economic disadvantages for the Gulf.
John Sfakianakis, chief economist at Banque Saudi Fransi in Riyadh, in remarks cited by Reuters, said: "Greater economic harmonisation and collaboration is needed on the economic front among the current GCC states before further expansion."
Posted by Peter Feuilherade at 11:02