Online is a game changer for amusement machines

Gaming goes for the personal touch 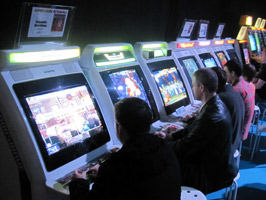 
While the irresistible global rise of online entertainment is bringing rapid change to the market for commercial amusement machines, businesses are also readjusting to the combined pressures of economic recession and regulatory change. A number of IEC TCs (Technical Committees) and SCs (Subcommittees) prepare International Standards for the systems and devices used in amusement machines found in public places. These make a significant contribution to an industry with a global value projected to exceed USD 110 billion in 2016.

Modern pay-to-play machines are no longer confined to amusement arcades. Increasingly they are found in bars, clubs, hotels and sports centres as well as being available for domestic and corporate entertainment hire.

Electronic gaming is a globally popular pastime for many people. Electronic games can be defined as interactive games that are played on arcade machines, consoles, computers and mobile devices such as phones and tablets.

Video-based multiplayer digital terminals with touchscreen technology offer combinations of fun games, card games and skill games. The market for "skill with prizes" machines is one of the fastest growing.

There are also gaming machines without prizes, score game and touch-screen machines, video games, driving simulators, pinball machines and laser simulated systems for shooting and other sports such as basketball, golf and archery. Electronic machines offer sports such as billiards, darts and football or air hockey. 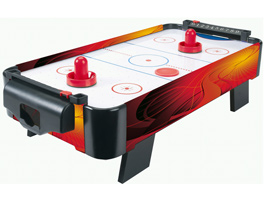 Games played in amusement arcades have been steadily losing their appeal since the appearance of home consoles in the mid-1980s started the trend towards more personalized gaming.

IEC TC 61: Safety of household and similar electrical appliances, plays a central role. It prepares product standards and safety requirements for electrical appliances primarily for household purposes, but also for other equipment and appliances in similar fields in which there is no dedicated IEC technical committee. Its responsibilities include drawing up specific requirements for the safety of electric commercial amusement machines whose rated voltage does not exceed 250 V for single-phase and 480 V for other appliances.

The growing use of electronic circuits (including programmable elements) for the provision of safety related functions and to enable remote control and remote servicing of electrical appliances through telecommunications networks is leading to improvements in design, construction and safety.

Cost is a major factor


The traditional arcade cabinets have been superseded by HD flat screen gaming platforms and simulator-style cockpit units that can cost from USD 10 000 to 25 000 or more. Many arcade owners are unwilling to invest such large sums in buying the latest top-range video arcade game machine that may only have a shelf life of a few seasons – not long enough to pay off its cost.

As the electronic content of amusement machines expands, other IEC TCs and SCs play a role in developing standards relevant to the industry, such as for the sensors used in amusement machines, the motion sensors in arcade video games and safety and overload sensors in kiddie rides.

Not only has the home market for video games taken over, but consumers are now moving online as the costs of consoles and handheld gaming devices continue to rise, while downloading has become more accessible. The mobile market, particularly in terms of smartphones, has become a growth area for games.

Whither the pinball machine…


US firms dominated pinball machine manufacturing in the 1950 70s, when the popularity of this entertainment was at its peak. Now there are only a few US manufacturers in the global market, while some Chinese companies make generic pinball machines, largely for domestic sales and export to markets outside the US. Since the 1980s, pinball has become electronic, digitized and licensed. Modern pinball machines combine video graphics with mechanical action, often based on licensed themes associated with popular video games, films and toys. 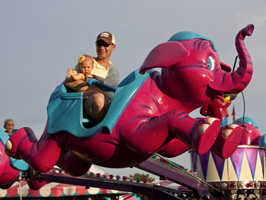 
The highest standards of safety are of the utmost importance in the design and construction of kiddie rides as children do not receive adequate prior training in the rides’ use. This involves looking for child-specific mechanical and other hazards that could result from operation of the appliances, such as crushing as a result of pinch points that may be encountered on the rides.


Precautions commonly found include a button that allows the ride to be paused, safety sensors that detect if anything obstructs the ride's movement and which cause it to stop, overload sensors that stop the ride if the weight limit is exceeded, and a slow start/stop action so that younger riders are not alarmed.


In the words of the Euroslot World Market Report 2011-12, there is no "global" market for gaming and amusements, but rather "a motley assembly of national markets" shaped by national or regional characteristics. The economic downturn, however, is affecting nearly every corner of the industry, especially traditional parts of the amusement sector which are already in slow decline because of the rise of e gaming.


The industry, as well as the manufacturers of amusement machines and associated products, have to contend not only with "the many commercial advantages of using the internet as a platform for gambling and entertainment, but also with the increasing ubiquity of smartphones as the means of delivery", says the report's editor Barnaby Page.

A September 2011 report by US-based BCC Research put the global total value of the electronic gaming industry in 2011 at around USD 69,9 billion for games and software, hardware and accessories and services. The report forecast that the total would rise to USD 111,8 billion in 2016.

Italy is Europe’s biggest gaming market, with video lottery terminals (VLTs), Amusement Machines with Prizes (AWPs), casinos and online poker all creating vast profits for licence holders and increased revenue for the government. Since the regulation of VLTs in 2010 to bring in revenue for the Italian government's rebuilding efforts following the Abruzzo earthquake, VLTs have been at the forefront of a gaming revolution, with prizes of up to EUR 500 000 on offer.

In Germany, there is great concern about the threat posed by the first state legislation on amusement arcades, which manufacturers, distributors and arcade operators say will have ruinous consequences. Nevertheless, the coin-operated amusement devices market is projected to exceed USD 1,6 billion in Germany by 2015. AWPs represent the most popular coin-operated devices. New installations, however, are declining for Amusement Devices without Prizes, especially for score game and pinball devices, which have both dropped in popularity.

In the USA, coin-operated amusement devices were the staple of video arcades in the 1970s and 1980s. The growing popularity and advancing technology of home gaming systems has now led to the almost total demise of large arcades targeted at young customers. They have been replaced by family entertainment centres, offering casual dining facilities coupled with large game rooms geared to a range of ages, including younger and older children and adults, and gambling operations, including casinos, horse racing tracks and, in some states, slot machines which compete with casinos. Slot machines have become so popular that they provide 70% to 75% of casino revenues.

Asia has become the largest gambling region in the world, overtaking Europe and North America. Most of the profits are derived from casino operations, which are set to provide a lucrative export opportunity for manufacturers of the relevant kinds of amusement machines. The UK company, Global Betting and Gaming Consultants (GBGC), predicts that by 2015, Asia's casinos will account for 48% of the global market, thanks to continuing growth in Macau and Singapore as well as new operations in the Philippines and Vietnam.

PWC (PricewaterhouseCoopers) broadly concurs, predicting that by 2015, Asia Pacific will account for 43,4% of global spending on casino gaming, with the US accounting for 40,1%. This is on top of rising spending on online gaming. The big question is whether online gaming revenues will add to existing offline revenues, or will cannibalize them.

The popularity of gambling, and the spread of online betting, has been accompanied by a fall in demand across most of Asia for electronic coin-operated amusement centres and arcade-type amusement machines. In India, for example, this sector was estimated to be worth less than USD 200 million in 2011..


More than 40 years have passed since the launch of the first coin-operated video game in 1971. Now the video game sector has evolved into a popular and diverse market that has outgrown its original amusement trade confines. The collapse of the traditional arcade business in many countries has sidelined video amusement machines to the role of generators of secondary revenue for larger entertainment complexes, especially in the US.

But manufacturers of amusement machines and video lottery terminals can still look forward to expanding markets in Asia, where casino gaming is set for huge growth as the affluent middle classes seek new forms of entertainment.

The newest innovations in video-based multiplayer digital terminals combine features of computer gaming, such as dynamic playing fields and gaming levels, with the social interaction and palpable playing pieces of conventional multiplayer board games, such as pawns and dice. This has led to a number of partnerships between electronics companies and games vendors and developers.


Manufacturers of these products cite the tangible and visual interaction among users, including the option to incorporate social networking elements, as one of their main features. More intuitive amusement machines offering greater "gestural experiences" are also in development.

All of these machines, which drive an industry with a global value expected to grow by nearly 60% between 2011 and 2016, rely on the work of several IEC TCs and their standards.
Posted by Peter Feuilherade at 10:18