The Arab Spring - or Arab Awakening, as many in the Arab world prefer to call it - resulted in massive movements of refugees and displaced people across the Middle East and North Africa. More than a million people, most of them foreign workers, fled Libya after the uprising against Colonel Gaddafi’s rule broke out in February 2011.
THIS ARTICLE WAS FIRST PUBLISHED IN THE MIDDLE EAST MAGAZINE (LONDON), JAN-FEB 2012 ISSUE 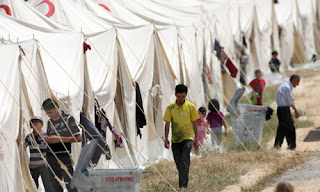