Flurry of Media Laws in Wake of Arab Spring

Across the Arab world in 2011, governments from Mauritania to Syria have passed new laws to regulate the media, whether liberalising formerly state-controlled sectors or tightening control and extending it to news websites and electronic media. 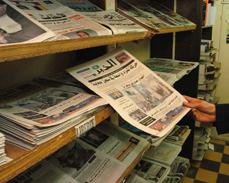