Book Review: "The New Arab Journalist - Mission and Identity in a Time of Turmoil" by Lawrence Pintak 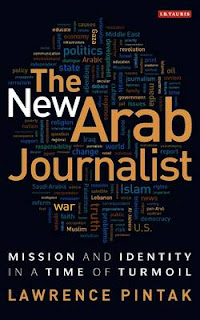 This review was first published in The Africa Report, April 2011

Veteran American Middle East correspondent Lawrence Pintak explores the role of career journalists in not just documenting but bringing about social change in Arab societies.
Many reports on the uprisings in Tunisia and Egypt have dwelt on the impact of blogs, Facebook, Twitter and other social networking sites.
With state-run media failing to report on the fast-changing events, foreign news outlets turned to Twitter posts and YouTube videos to fill in the wider picture. "Citizen journalists" became a primary source. But as Pintak notes, that does not make every Arab blogger and online social networker a "journalist". 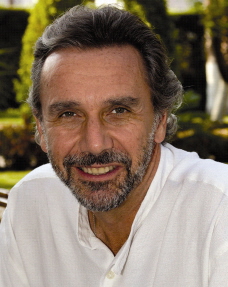 Lawrence Pintak
His book assesses the pressures facing media across the Maghreb, from Mauritania after the 2005 coup where press advertising depended on how close newspapers were to the regime, to Algeria, where the government flooded the market with directly or secretly funded newspapers.
He notes some positive developments in the last decade. In Tunisia under Ben Ali, despite "the government and its cronies [who] controlled all mass-circulation media", online sites like Kalima met a popular demand for uncensored news. And in Morocco, some press owners did openly criticise the government.
In Egypt, although the authorities loosened the reins slightly after the 2005 election, their campaign against foreign news channels during the 2011 uprising, primarily Al-Jazeera, shows that media freedom remains elusive.
From being defenders of the status quo, "Arab journalists at the dawn of the 21st century see their mission as driving political and social change", Pintak concludes.
"The New Arab Journalist: Mission and Identity in a Time of Turmoil" by Lawrence Pintak; published by I.B. Tauris, London, February 2011 (287 pp, paperback, £ 16.99)
Posted by Peter Feuilherade at 01:40